Hot windy weather seemed to keep some folk at home, but for those of us who made the trip out to the turf farm there was plenty of good flying to be had!

James put her through some very nice moves including some very scale looking rolls! 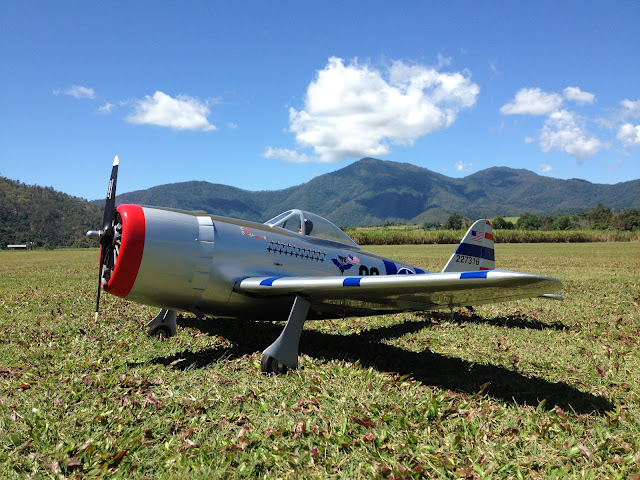 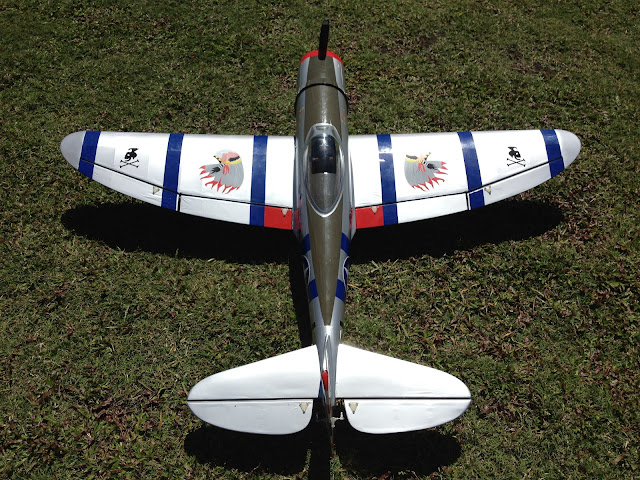 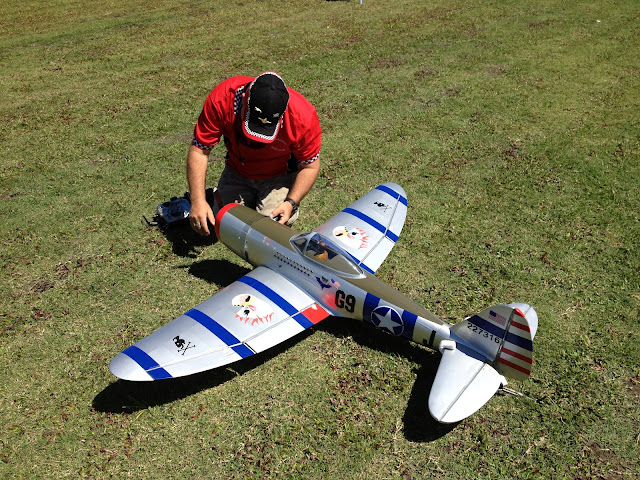 It was great to see (& hear) Paul's Falcon in action again! 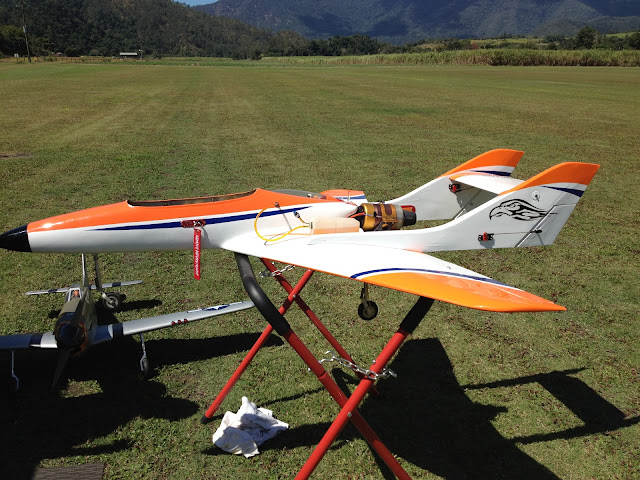 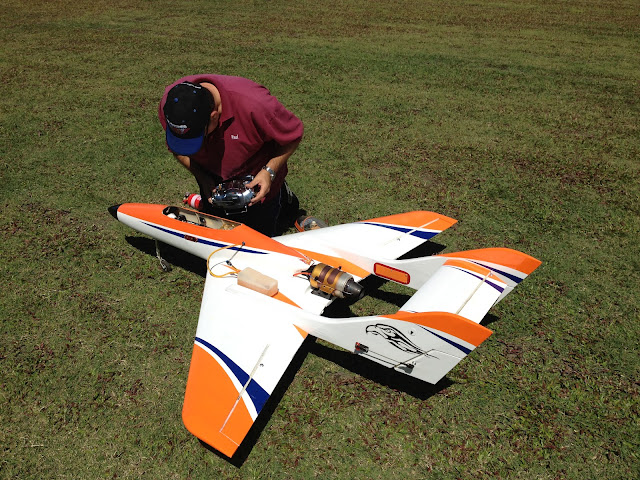 Greg W brought along his profile Yak but suffered a broken fuel tank mount early on. 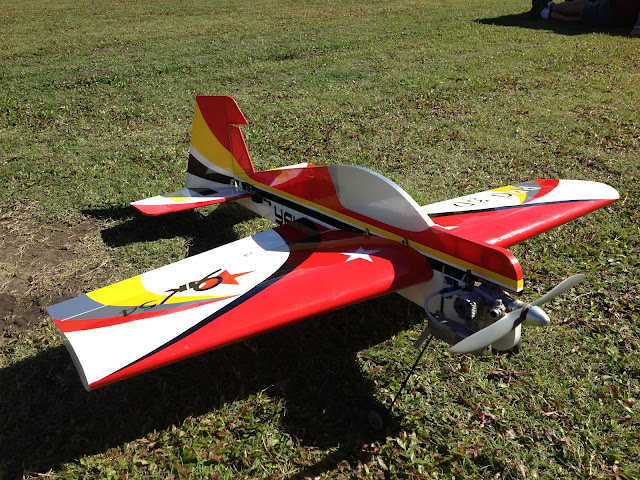 We also saw Dennis who came for a chat & Bob who flew his electric Pitts & Spitfire.

Saturday also brought a couple of visitors in Bill, who hopes to get into the air in the next few months, & Michael who came armed & ready with a nice looking Boomerang II which had been built as a tail-dragger. 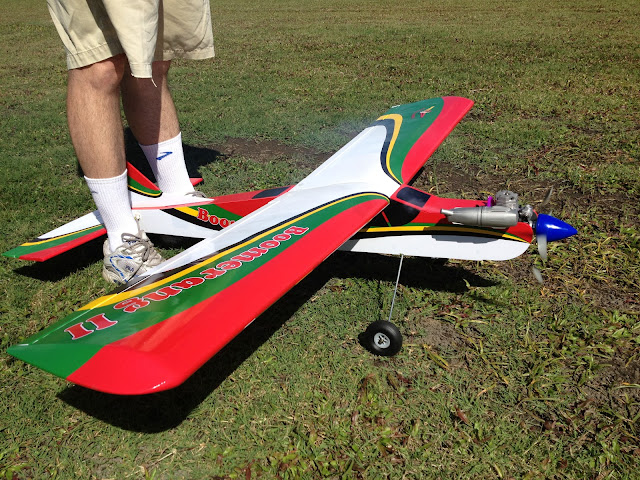 It was great to see both our club instructors jump into action with James assisting Michael with final set-ups & throws and then Greg W providing the flying instruction. 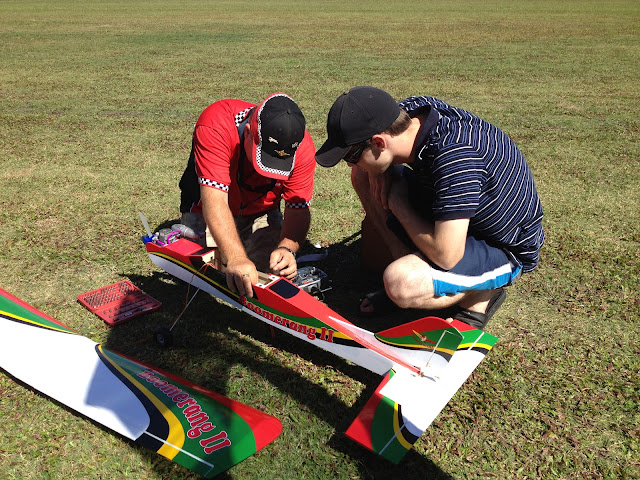 For a newbie Michael did very well with some solo time on the sticks. 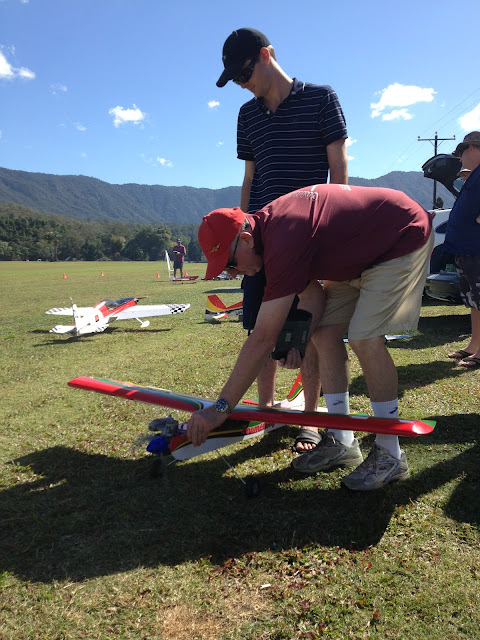 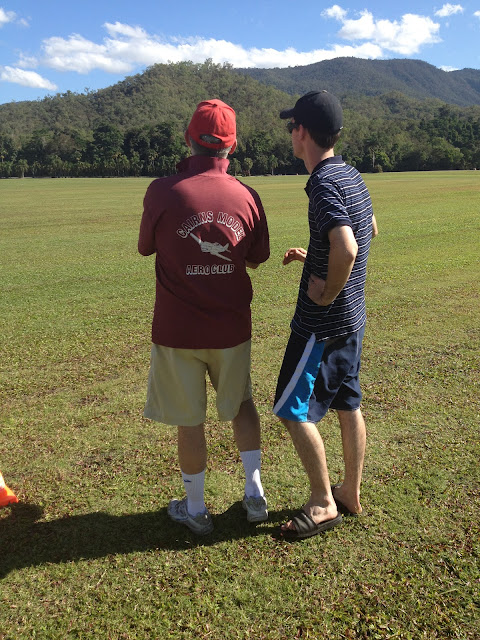