Two words to describe the weather at the turf farm on Saturday- hot & windy!

It didn't stop a large number of members from coming out for a fly or a chat...... 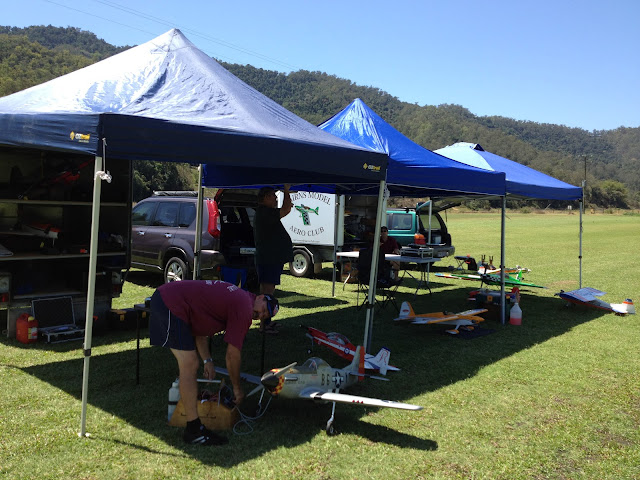 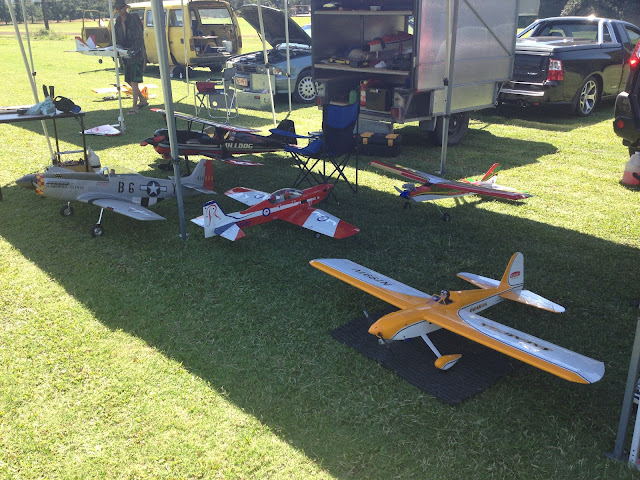 Anthony brought along a newly put together Tango but Stu proved that it takes two to Tango! 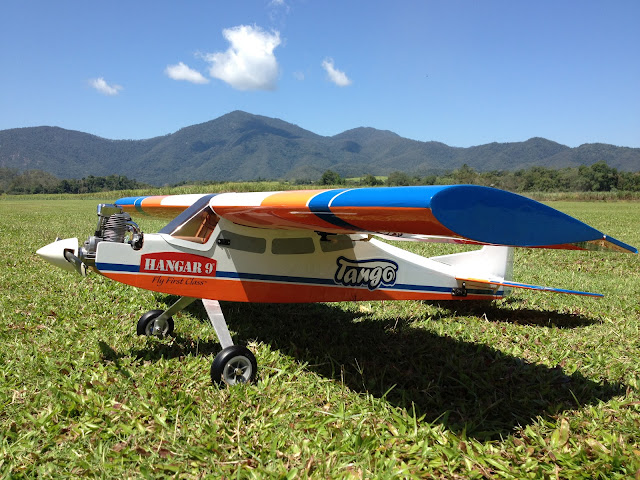 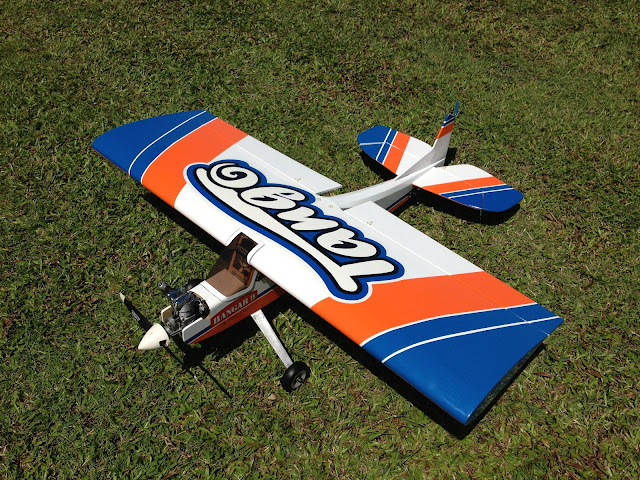 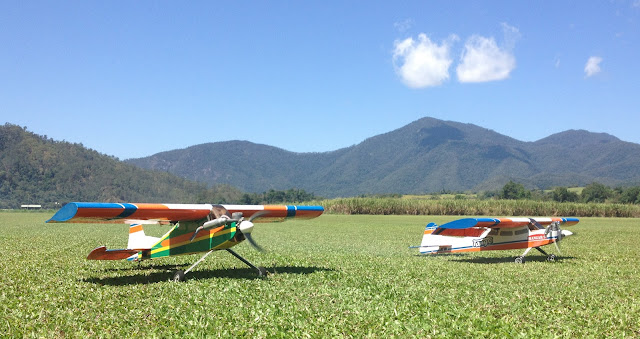 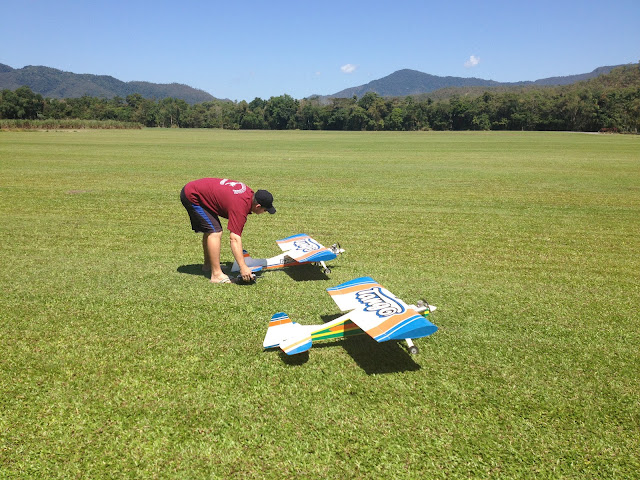 Glamorous Glen finally got into the air & looked very scale on some nice low passes! 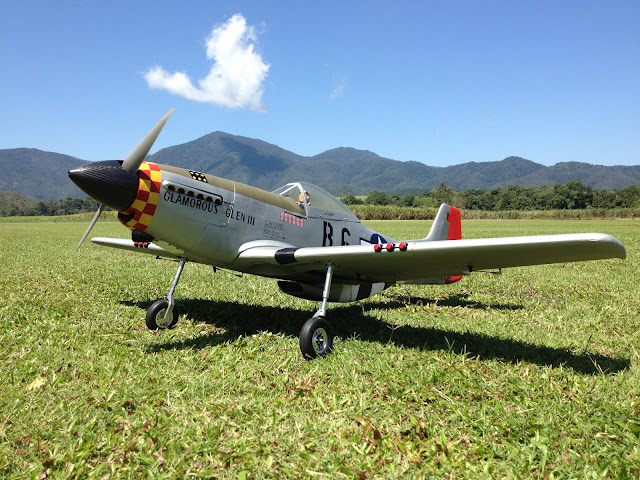 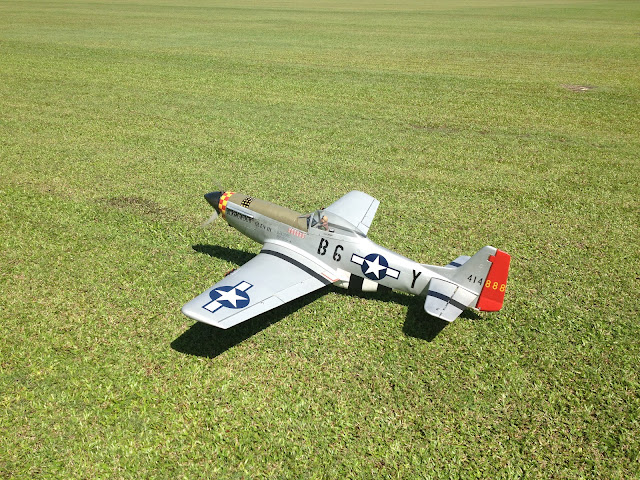 Stuey tried out his new Zephyr but the conditions were less than ideal along with him having some major ESC issues... 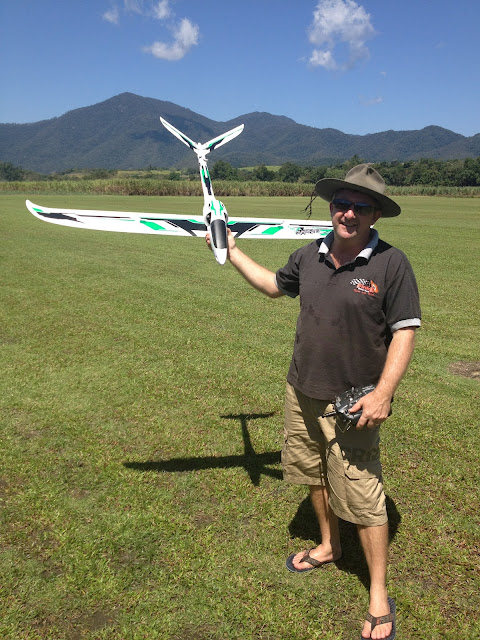 Paul's Bulldog was back in the air along with Jame's PT-19 that you can see in the left-hand corner! 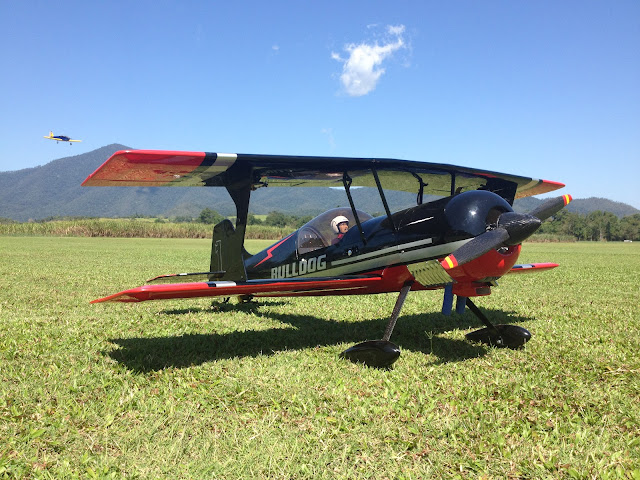 Simon had his T-45 on show again but an unfortunate flame-out brought her down with some damage to the undercarriage. 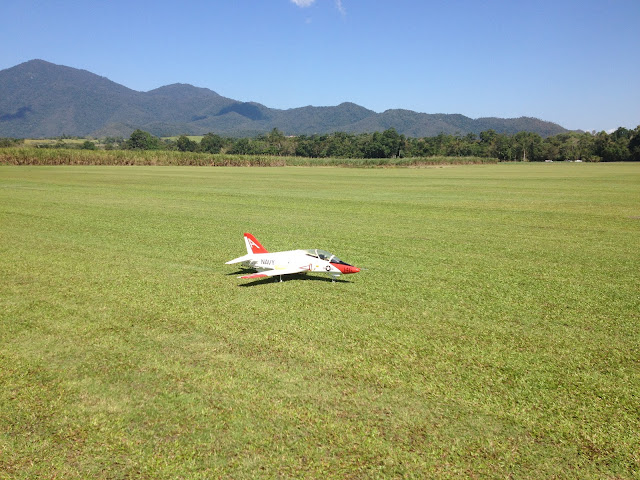 Greg G had a good time hovering his freshly repaired chopper & looked like he knew exactly what he was doing! 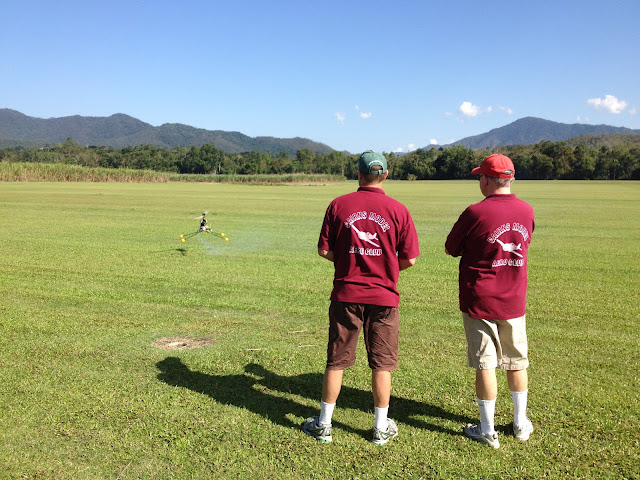 Brendan had some good air time with his Twister & Michael brought his Boomerang II in for his first landing! 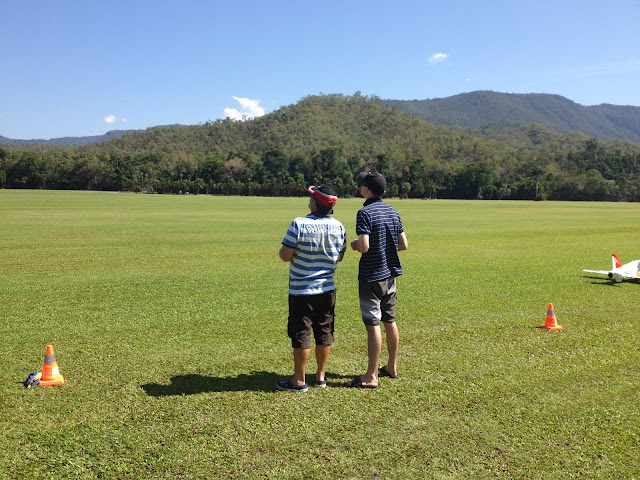 Bill (Fingers), Pete, Bob & Greg W all came out for a chat & Dennis brought out the Rafale!

There were lots of problems with the undercarriage but the boys got it sorted..... 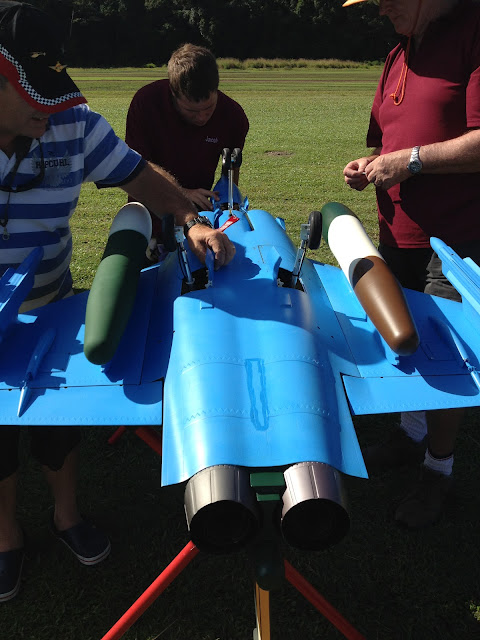 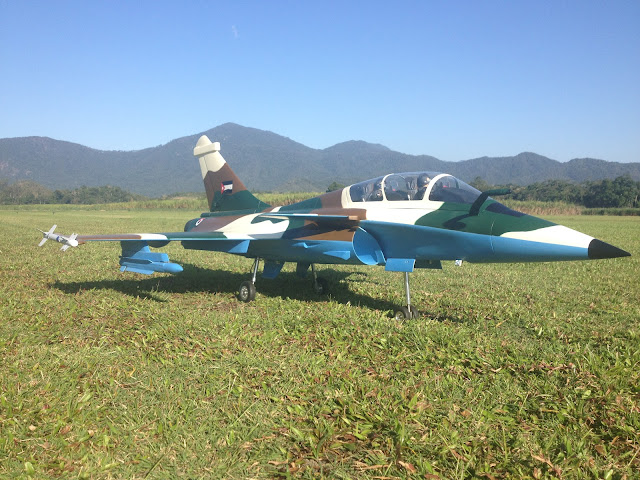 Unfortunately it was not to fly as it seemed to run out of speed & runway & will need some adjustments or modifications to get it into the air...... 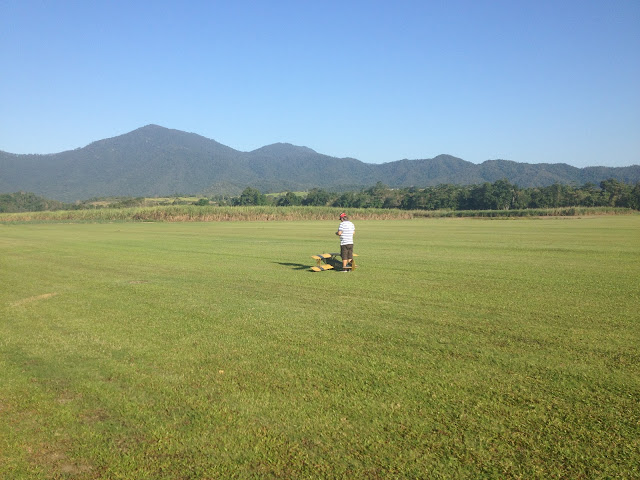 But toward the end of the day he had a couple of awesome barnstorming runs! (Stay tuned for the video).

The bar was opened relatively early (due to the extreme conditions) thanks to Anthony & Stu who stepped in to fill the shoes of the refreshments officer! 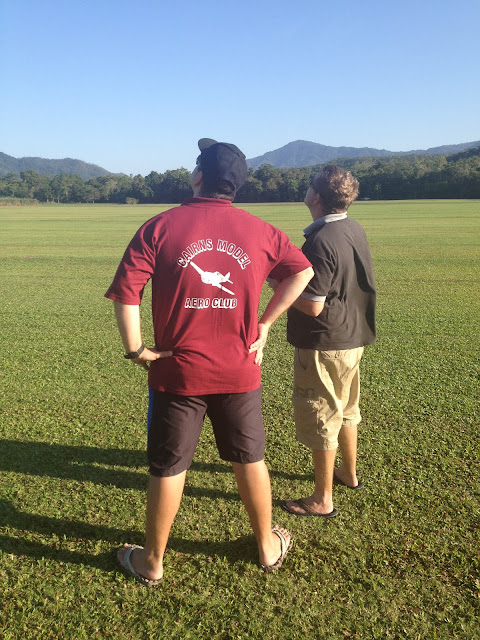 Don't forget that next weekend is the Innisfail Fun Fly if you're intending to get down there!